Bitcoin – The year in review 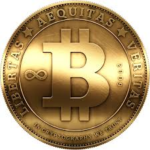 Bitcoin just fell just short of the $1000 USD mark at years end but it broke through the barrier on the first day of 2017. It has been an another awesome year for investors more than doubling in price. Unlike last time it hit such heights late in 2013 this time it fells more genuine and inspired by real growth instead of just hysteria that sent the price too high too fast.

Some factors I think may have contributed to this years growth.

It’s most pressing issue to date is to do with blocksize limitations that effects transaction times and scalability. These problems can be resolved but the decentralised nature of Bitcoin ensures that consensus is always difficult. Personally I do not see this as a great problem and prefer to see it focussed  as a trusted repository of wealth and a replacement for global currency transfers similar to the swift system today. There are many other digital currencies that can better handle day to day and smaller transactions efficiently.

It is always hard to be sure especially with all things Digital it could go to $0. Although to date it has remained secure that could change. Having said that if it continues to maintain its track record then it will only become more popular and easier for people to use. There will never be any more than 21 million Bitcoins once they are all mined. If popularity continues to grow then it makes sense that the price will continue to rise and longer term predictions of 10,000 USD and above are certainly not out of the realms of possibilities.

Bitcoin and other forms of digital currency are on the precipice of mainstream adoption. They will start impacting all our lives in the very near future. I would advise anyone that wants to listen to get yourself a stake in this future. Most analysts I have read that are friendly to digital currency recommend 5-10% of an investment portfolio in digital currency with 80-90% in Bitcoin and the rest in a few others like Ethereum, Monero and DASH

There are many ways to own and store digital currencies and although some care needs to be taken as some are less secure than others it really is a lot easier than many people realise. I won’t expand further on these at the moment and will do a post on this sometime. It is also important to note that you do not have to buy a whole bitcoin they are divisible to 8 decimal places so you can purchase any dollar amount you like. If you are interesting in exploring the possibilities of owning digital currencies but unsure how to proceed then get in touch with us for professional advice.

Disclaimer: We are technologists not investment advisors and whereby we are fans of digital currency we do not intend our comments on this matter to be construed as investment advice.

Where to find us.