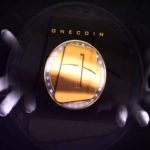 Onecoin is an Multi  level marketing scheme that claims to have developed a digital currency platform superior to Bitcoin, It is a fintech company aiming to be a global leader in digital currency payments. It utilises a familiar pyramid structure  of building an affiliate network that recruits others to buy into the scheme so they can make commissions on those sales. If their own numbers are to believed they have built an impressive network and have a market capitalisation  second only to Bitcoin.

The story according to Onecoin all sounds great but unfortunately has little basis in reality. The core problem is that the currency only exists within the company and has no real world purpose or value. Unlike other cryptocurrencies it is not traded on open markets, has no private wallet, public blockchain, technical documentation or open source code that can assist in backing up any of its claims.

Why do we care?

Recently Onecoin is increasingly being promoted in our local area. We have been aware for sometime that this is not your typical cryptocurrency and have shared some stories on our facebook page. As we have maintained an interest in all aspects of the blockchain revolution for some years we hope that sharing our thoughts and knowledge on the subject might assist some people to further examine the claims made in these presentations so that they can make a more informed decision before investing their money.

Why do we think it is a scam?

Onecoin’s business model preys on the fact that most people do not understand the details of how blockchain and digital currency technologies work. When you buy into the network you are paying insane amounts of money for educational packages that must be designed to brainwash and misinform judging by the levels of knowledge and avoidance of facts displayed by most Onecoin supporters.

Amazingly on Onecoins only market xcoinx.com  its value only ever goes up even as they increased the total limit of coins from 21b to 121b.  Prior to it being shutdown pending the IPO they publish the value of a coin to be over 7euro however it only has the buying power of 10-50cents on their own ecommerce platform which really just lets you buy more packages of hype. These simple facts alone should tell anyone with even a cursory knowledge of how markets work how ridiculous their claims are.

They will argue that they are not a Ponzi scheme as they are actually selling something of value but even this would seem to be a dubious claim. If someone wants to educate themselves on this subject then a few mouse clicks and a lot of reading will provide real information for free. The only reason I can see why people buy into it is the promoted belief that the tokens you receive with your package (that allow you to ‘mine’ Onecoins) will one day make you rich as they predict the coins will continue to rise in value over the next few years. The more you spend the more ‘Ponzi tokens’ you receive.

A simple google search just on ‘onecoin’ will reveal a plethora of articles regarding bans and investigations into the company practices around the world.  Leading cryptocurrency experts and publications that have commented on this matter come to the same conclusion. The defensiveness of the onecoin affiliates is disturbing and the desperation in their words should be a red flag for anyone doing their due diligence before handing over hard earned cash.

If Onecoin ever does become bigger than bitcoin and reaches the heights of facebook and so forth then it will at some stage have to legitimise itself and trade on open markets. If this ever occurs there will be a much safer opportunity to profit from it as then a fair market value will be realised which is likely to be far less than the current manipulated value. It can then be freely traded for fiat or other digital currencies instead of its current state of being pure hype and promise.

I do not intend to cause offense to most people promoting this vapourware. They are incentivised to sell these packages to others and although not necessary it is their only real chance of getting some return on investment at this point. Unfortunately good people get caught up in the idea of the ‘next big thing’ and to a large degree they are right blockchain technology is exactly that but I do not see Onecoin as part of that future.

Where to find us.